Children at Granton Primary School (classes P4A, P4B, P4/5 and P5) designed electric cars after listening to the story that electric cars were made in the first ever purpose-built car factory in the UK. The Madelvic Motor Carriage Company was set up by William Peck, the Edinburgh City Astronomer, in 1898 and is one of the architectural remains in Granton, evidence of the area’s rich heritage past.

The classes entitled ‘Cars for the Future’ were led by artist Sam Rutherford and held in April 2017. An exhibition of the work is currently on at granton:hub.

Above are the models they built.

You can also look at the children’s illustrations included in the documents below. The children did drawings based on the car’s classification of being eco-friendly, the car’s flying ability, speed and safety. 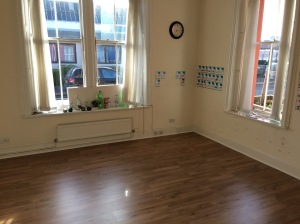 We have 3 rooms available to hire at affordable rates in varying sizes. The rooms can be used for socially distanced meetings, workshops & art exhibitions (dependent on restrictions). Find out more here.